The GCI Global Advisory Council is a select group of experts and authorities across disciplines and borders, committed to supporting the GCI in its mission of advancing big data and open science in coordinating global efforts on the fight against COVID-19.

The Council will continuously provide independent, authoritative, and scientific input on data collection and analytics, epidemiological trends, policy discussions and global and country level partnerships related to the global COVID-19 response. Together, they will ensure that the index can refined to truly serve as a basis for data-driven decisions to be made in curbing the pandemic. 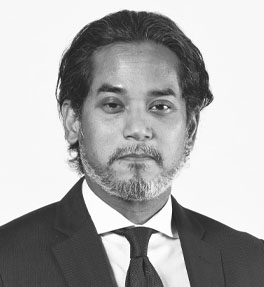 “The key is in analysing the right data to prescribe the right actions that would yield the most effective results. It is critical that any information leads to best practices, actual recommendations and ultimately implementation. The GCI does exactly that.” 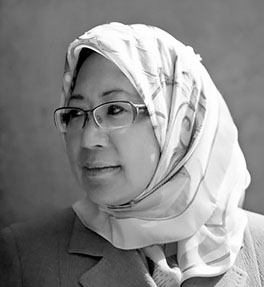 Dr. Mahmood is currently the Special Advisor to the Prime Minister of Malaysia on Public Health, beginning her mandate in April 2020. She is also a member of the Government of Malaysia’s Economic Action Council and is actively engaged in the COVID-19 response.

Prior to this, she was the Under-Secretary-General for Partnerships at the International Federation of Red Cross and Red Crescent Societies (IFRC) in January 2016. where she steered a global innovation including a futures and foresight unit, while pioneering the use of Islamic social finance to address humanitarian crises.

Before joining the IFRC, Dr. Mahmood was the Chief of the World Humanitarian Summit secretariat at the United Nations in New York. She is well known as the founder of MERCY Malaysia, which she led from 1999-2009, with previous appointments including Chief of the Humanitarian Response Branch at UNFPA; Senior Fellow at Khazanah Nasional Berhad in Malaysia’s Khazanah Research and Investment Strategy Division, and Senior Visiting Research Fellow at the Humanitarian Futures Programme at Kings College in London. From 2006-2009, she was one of 16 members appointed by United Nations Secretary-General to the Advisory Group of the Central Emergency Response Fund.

In addition, Dr. Mahmood has held many Board positions in NGOs and INGOs and is the recipient of numerous national and international awards for her contribution to civil society and work in support of marginalised communities, including the first Isa Award for Services to Humanity from the Kingdom of Bahrain. She was recently awarded the ASEAN Prize in 2019. Currently, she is a Civil Society Governor of the Commonwealth Foundation, and a board member of the Global Responsible Finance Institute. She is also a member of the United Nations Disaster Assessment and Coordination team (UNDAC) since 2004. 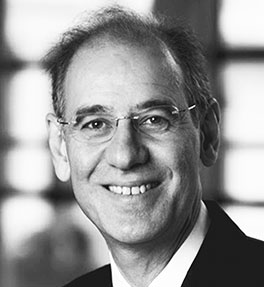 Dr. Rifat Atun is Professor of Global Health Systems at Harvard University, and the Director of the Global Health Systems Cluster at the Harvard T.H. Chan School of Public Health. In 2006-13, Dr. Atun was Professor of International Health Management and Head of the Health Management Group at Imperial College London. In 2008-12 he served as a member of the Executive Management Team of The Global Fund to Fight AIDS, Tuberculosis and Malaria as the Director of Strategy, Performance and Evaluation Cluster. Professor Atun’s research focuses on the design and implementation of health systems reforms and their impact on outcomes. His research also explores adoption and diffusion of innovations in health systems (e.g. health technologies, disease control programmes, and primary healthcare reforms), and innovative financing in global health.

Dr. Atun is a co-Investigator and the joint lead for the innovation work stream at the National Centre for Infection Prevention and Management at Imperial College. He is also a co-Investigator and the Theme Lead for ‘Organisational Change, Sustainability and Evaluation’ at Imperial College and Cambridge University Health Protection Research Unit for Antimicrobial Resistance and Healthcare Associated Infection. He has published widely in the Lancet, PLoS Medicine, Lancet Infectious Diseases, BMJ, AIDS, and Bulletin of the World Health Organization. 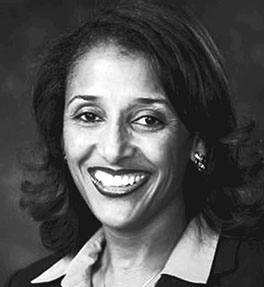 She is a key adviser to Tedros Adhanom Ghebreyesus, the first African elected director-general of the World Health Organization. Dr. Fisseha has published more than 50 scholarly articles and serves on the board of the Ethio-American Doctors Group. In 2016, the U-M Medical Center Alumni Society presented her its Early Distinguished Career Achievement Award. 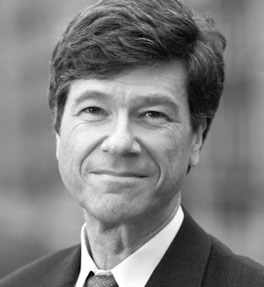 Jeffrey D. Sachs is a world-renowned professor of economics, leader in sustainable development, senior UN advisor, bestselling author, and syndicated columnist whose monthly newspaper columns appear in more than 100 countries. He is the co-recipient of the 2015 Blue Planet Prize, the leading global prize for environmental leadership, and has twice been named among Time Magazine’s 100 most influential world leaders.

Over the past thirty years, he has advised dozens of heads of state and governments on economic strategy in the Americas, Europe, Asia, Africa, and the Middle East. He was among the external advisors to Pope John Paul II on the encyclical Centesimus Annus and currently works closely with the Pontifical Academy of Sciences and the Pontifical Academy of Social Sciences on issues of sustainable development.

Prior to his arrival at Columbia University in July 2002, Professor Sachs spent over twenty years as a professor at Harvard University, where he served as the Director of the Center for International Development and the Galen L. Stone Professor of International Trade. 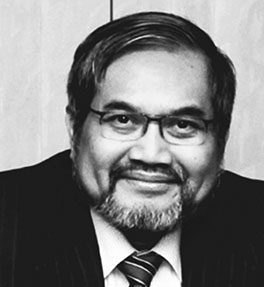 Prof. Awg Bulgiba is currently Secretary-General for the Academy of Sciences Malaysia and President of the Asia-Pacific Academic Consortium for Public Health-KL (APACPH-KL), a Malaysian NGO dedicated to public health. As Project Director, he headed and completed Malaysia’s National Policy on Science, Technology and Innovation 2021-2030 (NPSTI 2021-2030), which is setting the direction for STI in Malaysia until 2030. He was formerly Vice-President of the College of Public Health, Malaysia, Chair of the Council of DVCs (Academic and International) and Chair of the Council of DVCs (Research and Innovation).

In addition, Prof. Awg Bulgiba was formerly Deputy Vice-Chancellor (Academic and International) for the University of Malaya (UM) and oversaw a period of great change in the portfolio. The Academic and International portfolio went through a period of restructuring and transformation, greatly improving UM’s academic reputation and internationalisation which contributed to the extraordinary rise in UM’s QS world rank from 151 in 2014/15 to 87 in 2018/19.

In 2018, in recognition of his leadership contributions, he was awarded the Asia-Pacific Academic Consortium for Public Health (APACPH) Excellence in Leadership Medallion, joining a select list of distinguished awardees which include US Senator Edward Kennedy (1990), US Lt Governor Benjamin Cayetano (1991) and Thailand House of Representatives Speaker Marut Bunang (1993). He was also honoured with the University of Malaya Eminent Scholar Award in 2018, the highest award by the University of Malaya. Dato’ Sri Idris Jala is the President and CEO of PEMANDU Associates, a private firm specializing in delivering transformation to its clients. He is a renowned transformation guru in turning around companies’ performances through his Big Fast Results methodology and transformational strategies that are innovative, rigorous and relevant to today’s demands. He has continuously delivered sustained socio-economic reforms which, in 2014, saw Bloomberg place him among the Top 10 Most Influential Policy Makers in the world.

Previously, he was the Minister and CEO of PEMANDU, a unit in the Prime Minister’s Department tasked with spearheading Malaysia’s Transformation Programme. PEMANDU was named by NESTA, UK and Bloomberg Philanthropies as one of the top 20 most innovative Government agencies in the world. Today Idris Jala travels around the world assisting governments and corporations deliver their transformation goals. He is an Expert Resource Speaker at the Harvard Finance, Health and Education Ministerial Leadership Forum. He previously served on the Advisory panel for the World Economic Forum (WEF) on New Economic Growth and on the Advisory Panel of World Bank.

Prior to this, Idris Jala was the Managing Director/CEO of Malaysia Airline which saw the company achieving immediate turnaround in profitability after a prolonged bout of losses. Before MAS, he spent 23 years at Shell, ascending the ranks to hold senior positions including Vice President, Shell Retail International and Vice President, and Business Development Consultancy.


Gratitude for advocacy and financial support from:

Gratitude and credit for incorporation of elements of their indices into the GCI: 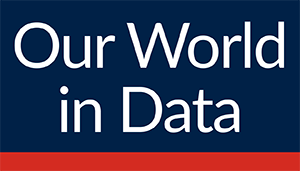